THE GLOBAL RESURGENCE OF QR CODES

We have all seen QR (Quick Response) codes in our daily lives. These scannable, square-shaped, two-dimensional barcodes serve a similar purpose as traditional barcodes, but they can hold much more information.

What is a QR code?

QR codes store more than 4,000 characters or 7,000 numbers and are ten times faster to read than a traditional barcode. Most QR codes can be read even if they are partially damaged or incomplete because the data can be split across multiple segments that reconstruct the original content when scanned. Their square shape gives them the ability to be scanned and read either vertically or horizontally.

When did QR codes become mainstream?

Invented in the 1990s by a Japanese auto parts manufacturer to simplify inventory tasks, QR codes hold large amounts of data avoiding the need to use multiple bar codes. The codes evolved quickly to include uses geared toward business and marketing. Since the information held in QR codes can contain links to websites and store large volumes of data, marketers quickly recognized potential applications for using this technology.

Why did they fade in popularity?

As simple as it seems from the user perspective, the technology was a bit ahead of its time for mainstream adoption. Even in the early 2000s, when handheld mobile technology evolved quickly, people didn’t find it particularly easy to incorporate QR codes into their daily lives. It may not seem like it now, but there was a time not too long ago that even smartphones didn’t have the capabilities to quickly process the codes. A user would have to download or open a separate QR code reader app to scan them. Now our phones come equipped with necessary technology from the factory, which has created the perfect environment for the re-emergence of this seemingly simple technology.

Why are QR codes relevant again?

The QR code has reemerged in recent years. Smartphone technology has seamlessly incorporated QR readers into the base camera apps, and quick launch buttons make it easy for people to scan codes. But it wasn’t until the contactless revolution in the midst of a global pandemic that made QR codes became a household commodity.

Is global adoption of QR codes the future for payments?

The benefits of using QR codes for e-commerce may seem less obvious. However, the security and cost advantages of scanning QR codes for payments could reduce the need for internal card data collection and retention. With QR code payments, the entire process takes place on the customer’s device and any data transferred is encrypted.

On top of the security aspect, businesses can use this contactless revolution as a way of collecting valuable customer information by attaching surveys or other forms to the code. In the days of gathering data and strengthening the KYC process through acquired information, businesses are amassing customer databases through QR codes to provide a more seamless customer experience.

For these reasons and others, QR codes may be the future of contactless payments. Many countries around the world are already adopting and standardizing QR code payments. For example, the Central Bank in Brazil announced a new national QR code standard to make mobile payments more universal during the pandemic. India is reducing the amount of cash circulating in its economy by implementing QR code payments. 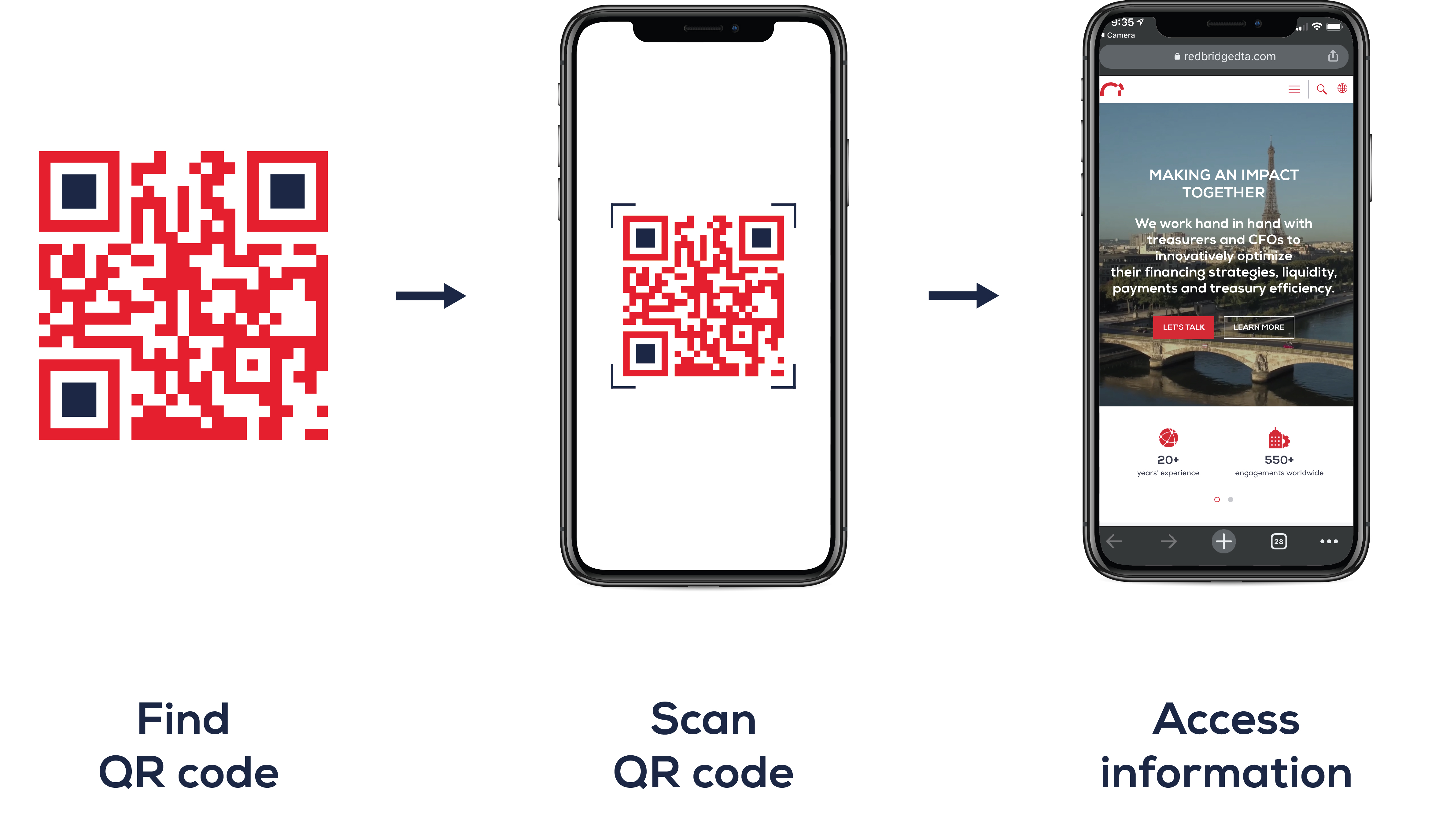 You have read 20% of the article, want to continue reading?

The growth and vitality of the payments industry has fascinated all observers during the past two years of the pandemic.

Now with recent geopolitical developments arising from the Russia-Ukraine conflict, it is being tested again. Our new publication analyzes the most prevalent trends and innovations in the treasury world today.

Included in this publication:

How 2022 Will Transform Your Treasury Department 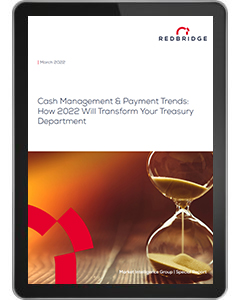 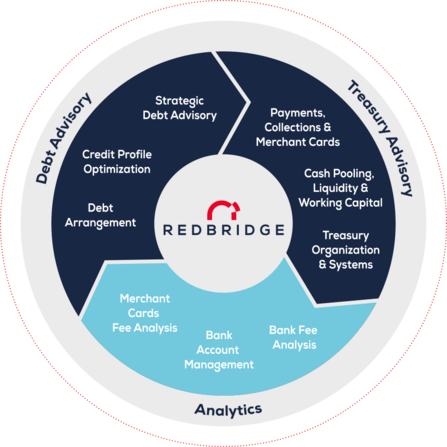 Redbridge Debt & Treasury Advisory is a leading financial management partner to corporate treasurers and CFOs around the globe.

As an independently owned and operated advisory firm, we change the rules of the game to empower our clients and optimize their financial performance. Our advice is specialized, transparent and adapted to the complexity of each client.

We offer services in nine key areas and software solutions for the challenges of treasury. Our fee model is based on your success.

debt raised over the last 5 years