Redbridge interviewed seven treasury software vendors on how their payment systems need to evolve in order to integrate instant transfers. Solenn Le Lay, Director at Redbridge, focuses on the challenges of providing this new payment method for businesses.

Without a doubt, instant transfer is of interest to the treasury, with its ability to replace transfers otherwise referred to as “urgent” or sensitive. SCT Inst removes the stress of bank cut-off times, the late penalties associated with poorly executed payments and complaints from beneficiaries who are unhappy that they have not received their payment. Since the instant payment ceiling rose to €100k in July in France, it has been attracting even more interest among businesses. But how can it be implemented from a practical point of view?

Instant payments can be issued, but are banking communication tools ready?

Web banking tools are generally ready to enable you to issue instant online transfers, but what about the treasury management systems (TMS) you use to issue your bulk payment instructions?

As part of our survey this year, we interviewed seven vendors on how their payment systems need to evolve.

As was the case with banks a year ago, not all vendors are at the same stage of development. At the start of the year, three in seven were working with pilot customers to set up the issuance of instant transfers from their platforms. Some, such as DataLog Finance and Bellin, have developed the issuance of SCT Inst as a test “within the framework of a version upgrade as a standard feature”; others, such as NEOFI, Diapason and FIS, are waiting for their customers to ask them to integrate the issuance of instant payments in their offer, and rely on the fact that “implementation will be very fast (a few days at most), as this new payment method is still based on the existing SCT format”.

However, those who have started experimenting have found that implementing SCT Inst is not so simple.

The Internet enables a transaction to be processed in real time. All vendors have developed new web interfaces, or even mobile applications for instant unit transfer entry, with a relatively simple and fast validation process. However, as DataLog Finance points out, this process “cannot be used for thousands of transfers over a short period of time because of the slow processing of this type of connection”.

“For mass payments, it is recommended to concentrate them into files,” adds DataLog Finance. But how can they be transferred to obtain real-time execution? Only APIs enable direct communication with banks and, unfortunately, there is no harmonization of APIs between banks at present. Each has developed its own application, which means that vendors must develop as many APIs as their customers have issuing banks.

Pending a move towards harmonization, vendors are adapting. Some, such as Sage and DataLog Finance, have chosen to build partnerships and organize workshops with the main banks on the market at the risk of developing a very large library of APIs, even though it “poses homogeneity and cost difficulties, and increases deployment times”. Others, such as ACA, try “to work collaboratively with their common customers in a company-bank-vendor trio”.

Sage anticipates that these banking APIs will be called upon through a strong authentication system, but criticizes what is still a vague delivery and validation process.

In order to encourage the expansion of SCT Inst without waiting for these APIs to be implemented, several vendors are campaigning for instant transfers to be sent under conventional EBICS, SWIFTNet and SFTP exchange protocols in the form of traditional SCT files with a tag in the file or fileinfo or requesttype specifying that the transfer is an SCT Inst transfer. Once again, unfortunately, each bank is able to define its own rules, different from those of its peers, which will complicate the settings and the constitution of instant transfer files for treasurers.

Another approach recommended by FIS is “to use SWIFT gpi. This technology, up to now mainly used by large companies for rapid processing and very detailed tracking of their international payments, may well be the one for issuing transfers that we wish to send instantaneously”.

For manual transfers initiated via web banking tools or mobile applications, verification that transactions have been carried out correctly is easy, as the Internet enables information to be refreshed in real time. “The status of SCT Inst is retrieved either during the call from the same web service as sends it, or by calling another web status retrieval service…which means that the user who entered the transfer is immediately alerted in case of a rejection,” confirms DataLog Finance.

“Swift gpi allows for complete visibility over the payment processing chain, and therefore enables the SCT Inst execution to be tracked appropriately. However, it is necessary to accept that the instantaneousness could be tens of minutes and not a few seconds,” as FIS points out.

For mass payments sent via APIs or more traditional communication protocols, tracking will be more complicated as it will depend on the type of information transferred by the executing bank and the time at which it is to be provided. The usual payments status reports will probably remain the best way to track the payment status but, as Sage points out, they will most likely need to be enhanced with “new statuses” more relevant to real time. These return files should be able to be integrated into the tools, like today, and enable the smooth execution of the transactions to be confirmed, end to end, as Bellin recalls.

Diapason plans to offer a view on the statuses directly on the dashboard available to its customers, while ACA will use the real-time instruction tracking monitor developed as part of the Tracker GPI and FIS to develop a “middleware API (called ‘Code Connect’) in order to facilitate API connections by freeing itself from the diversity of the standards developed by each system”.

Bank reconciliation of these SCT Inst transactions could be carried out through a new reconciliation category that is automatic, as for all other types of transactions, “one for one, on any account, whether it is reserved for SCT Inst or not,” according to DataLog Finance.

If the treasurer wishes to manage its accounts in real time, it may rely on the intraday statements of account (MT942) that it may receive on that day, but as its work remains based on forecasts, NEOFI recommends “managing SCT Inst returns intraday and waiting until the next day to reconcile them. Does the treasurer really need to have a statement of its treasury in real time?” This is a subject that even raises questions about the future of the treasurer…

Half of the vendors surveyed by Redbridge indicated that they had adapted their tools in order to enable companies to test their first instant transfer issuances. The other half claimed to be prepared to support their customers upon request. In each case, the new module would be proposed without any additional cost with regard to the contract.

A cautious treasurer will, however, conduct its tests on unit transfers, and with a few banks first. Instant transfer is currently only operational with five banks in France and with some banks with international transfers from neighboring countries.

Finally, upstream, it will be necessary to negotiate the price of instant transfers with banks, as issuing these new transactions could soon become a significant cost item!

Redbridge’s 2020 Payment Report is a source for trends and insights into today’s dynamic payments environment. This second edition presents how various stakeholders position themselves in the payments industry and explores topics related to innovative payments, instant payments, e-commerce and fraud mitigation.

Contributions from treasury practitioners, bankers, payment service providers and vendors are coupled  with in-depth analysis from our treasury consultants. 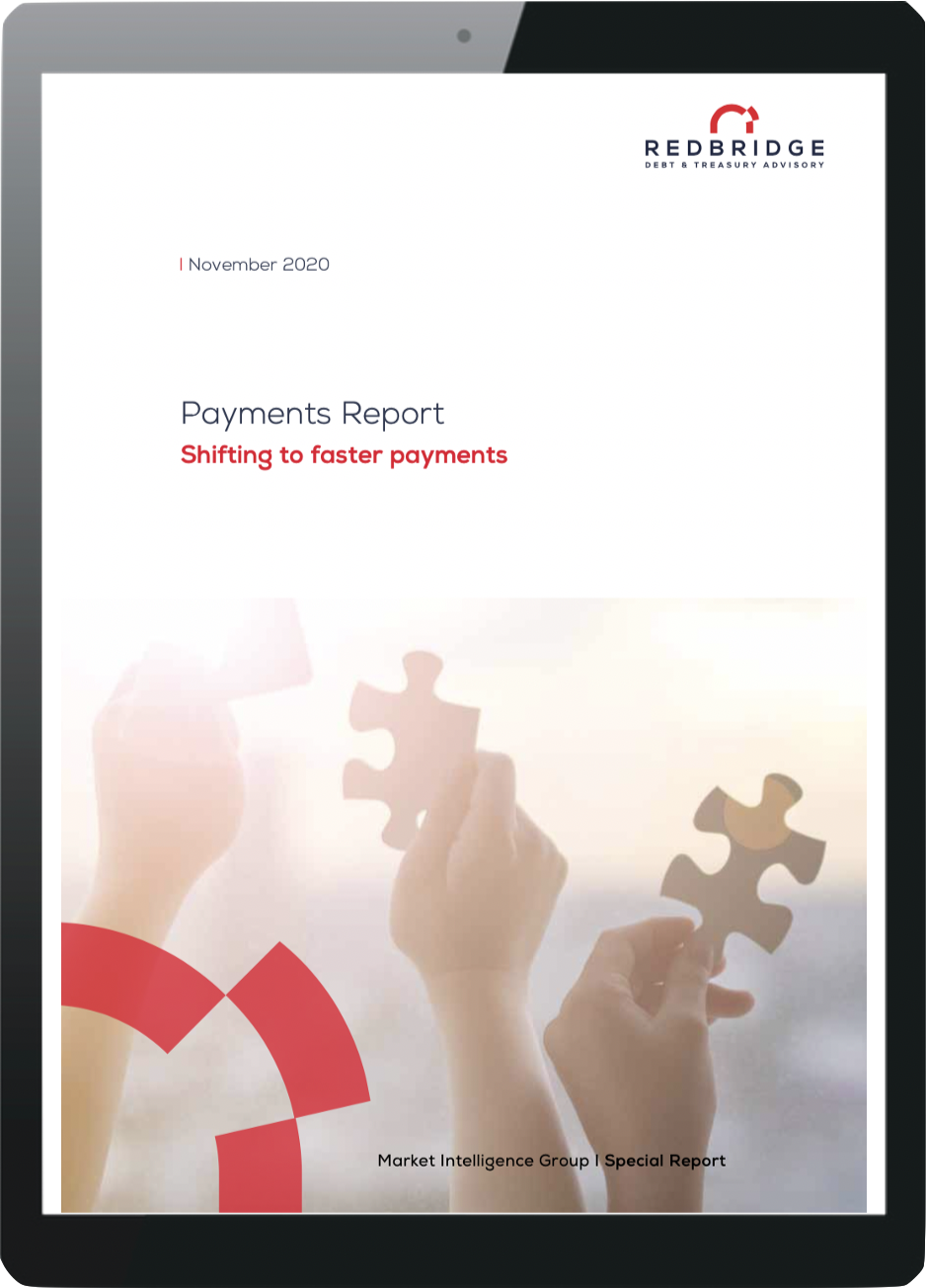 Included in our review:

As well as our interviews with:

TO ACCESS THE FULL BROCHURE, FILL OUT THE FORM BELOW

Redbridge / Market Intelligence / News / For vendors, the implementation of SCT Inst is not so simple
Receive our publications