At the time of the biannual review of its network fee schedule, applied to acquiring banks, Visa Europe has introduced new elements and raised the rates on ecommerce transactions. For Mélina Le Sauze, Director at Redbridge, these changes strengthen the interest in optimizing the allocation of acquiring bank flows. 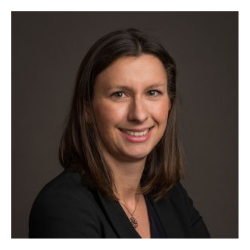 –  What is the purpose of network commissions, also called scheme fees?

– Mélina Le Sauze : The card networks have two main sources of revenue: the fees for licenses paid by card issuers and the network fees charged to acquiring banks for each transaction processed. These network fees break down into about ten major items and vary depending on the mode of collection (local versus ecommerce), according to the security level of the transaction, or the fact that the acquiring bank is either a domestic or cross-border player.

For the Visa and MasterCard networks, the network fees vary between 0.02% for domestic cards to more than 0.80% for international cards. On average, the network fees applied by the French GIE CB vary between 0% to 0.14%. These levels of fees, however, are  not public.  Above all, they differ noticeably depending on the acquiring bank.

– What explains these differences in the network commissions applied to the acquiring banks?

– The card networks have a policy of only providing their fee schedules to acquiring banks that have a current, valid acquisition license. Merchants can, however, get an idea of the size of these fees by asking the acquiring establishments, as part of the bidding process, to provide an “interchange ++” type of quote in the place of an overall commission. The acquiring banks will then detail, for each transaction, the applicable level of interchange, acquisition commissions, and their level of margin.

It is apparent that very large differences in network fees are invoiced to merchants. Depending on the acquiring banks, the commissions can double, triple, or even quadruple for the same transaction! In fact, some acquiring banks can propose scheme fees that are more competitive than others. They can subsidize the scheme fees with a portion of the retrocessions they receive from the networks for a large volume of cards issued, for example. They may also allow the merchant to receive retrocessions granted at the end of the period, linked to a large volume of flows or a good quality of data sent by network.

–  What currently happens with the network commissions applied by Visa Europe?

– At the time of the biannual review of its scheme fee schedule, Visa Europe introduced new rate elements and raised its prices for ecommerce transactions.  These changes follow in the wake of the acquisition of Visa Europe by Visa Inc. and aim to standardize the fees applied by the international network throughout the world.

Globally, the changes in the rate schedule are favorable to collections on domestic cards, whose network fees declined by 6%. Visa is getting ready to challenge GIE CB with more competitive fees, whereas European regulations on the card interchange authorizes merchants to choose a default network processing the transactions of their customers.

The situation is less favorable to collections on international cards. The new rate schedule will strongly impact the merchants that are billed according to a “interchange ++” structure. Fees will double on the EEA cards, regardless of the channel. They will progressively quintuple on the ecommerce channel on the non-EEA cards, to the 2020 horizon.

–  What conclusions can be drawn from these changes?

–  These changes invite merchants to ask for greater transparency on the structure of these network fees. Beyond that, the trend towards a regular increase in network fees strengthens the merchants’ interest in studying the implementation of technical structures offering greater flexibility in the allocation of flows and adopting optimization strategies that allow to limit increases (choice of preferential network, card routing, “on-us”, etc.). The question arises concerning the possibility of framing these network fees as part of 2015 regulations on interchanges that are expiring at the end of this year.