Ahead of the release of a new technical paper on the optimisation of working capital, Redbridge has conducted a survey to assess whether the COVID-19 crisis has changed the dynamics of working capital within European companies. Between mid-February and mid-March 2021, 35 finance managers from major groups responded to a six-question survey, the results of which we present below.

Even though surveys suggests that payment delays rose by three days on average over the past twelve months, the COVID crisis does not appear to have had a significant impact on large companies’ working capital. 54% of respondents – including several companies in the retail sector – stated that their working capital requirement has improved over the past 12 months. Only 20% of respondents noted a deterioration in their WCR. These were mainly industrial groups and / or firms involved in passenger transport activities.

The overall improvement in working capital for large companies reflects the vigilance of their finance departments and credit managers in bringing in money at a time of uncertainty. At the same time, we note that some large public and private firms have been mindful of the needs both of their suppliers, by paying quickly, and of their customers, by granting longer payment terms. The benevolence of many large groups has prevailed during this crisis. 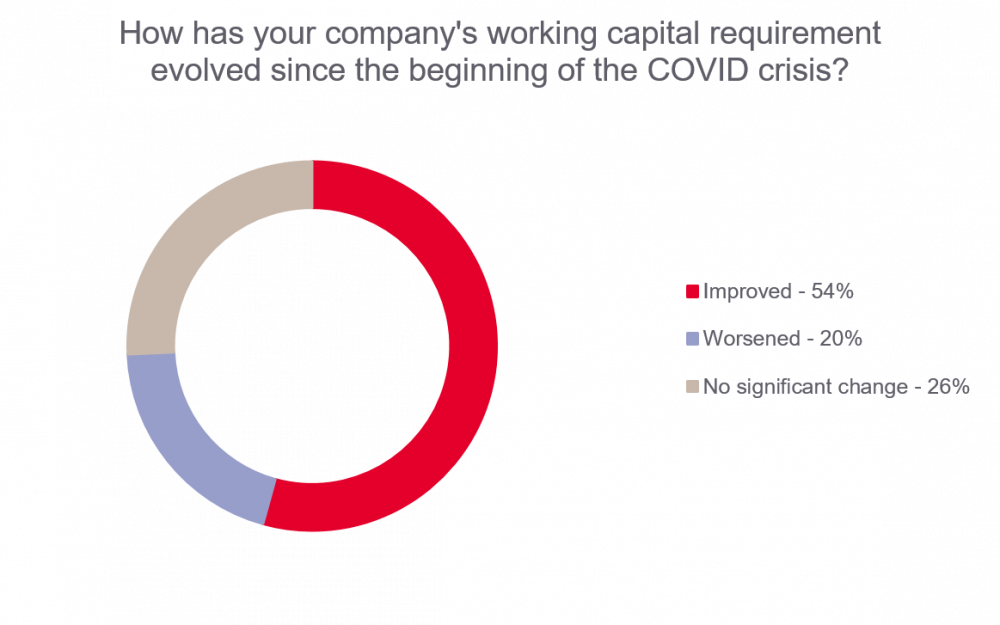 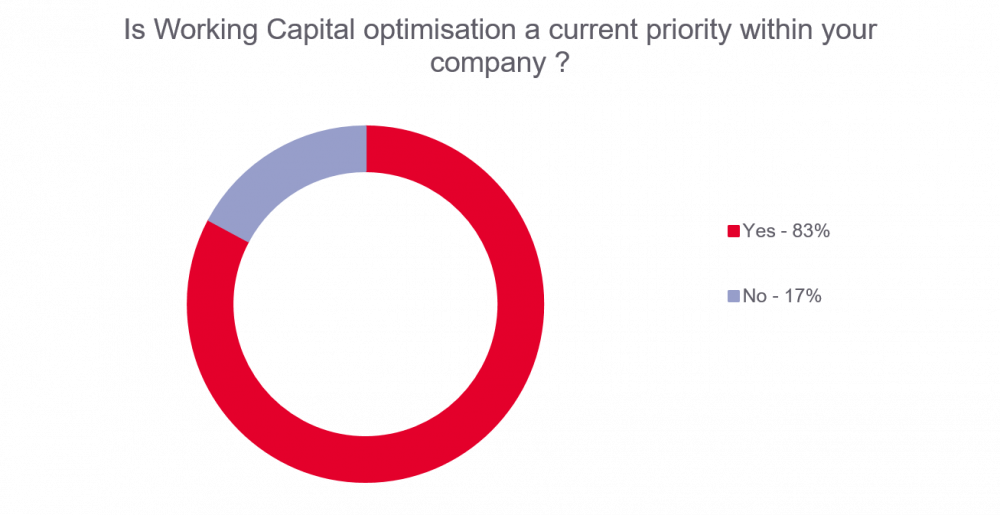 Our survey confirms that finance managers in large organizations see the issue of working capital as a priority. Comparing our findings with the results of a survey that we conducted three years ago on a group of similar companies, we see that the priority given to working capital by finance departments has increased by more than 25 percentage points to 83%. It seems likely that CFOs have felt the need to strengthen the cash culture within their business when implementing short-term cash plans in response to the COVID crisis.

The tools used to finance working capital requirements come as no great surprise. Bank overdrafts are the preferred instrument, while commercial paper has certainly grown in importance among our respondents, many of which have set up a NEU CP program during the last three years to benefit from short-term financing at ultra-competitive terms. 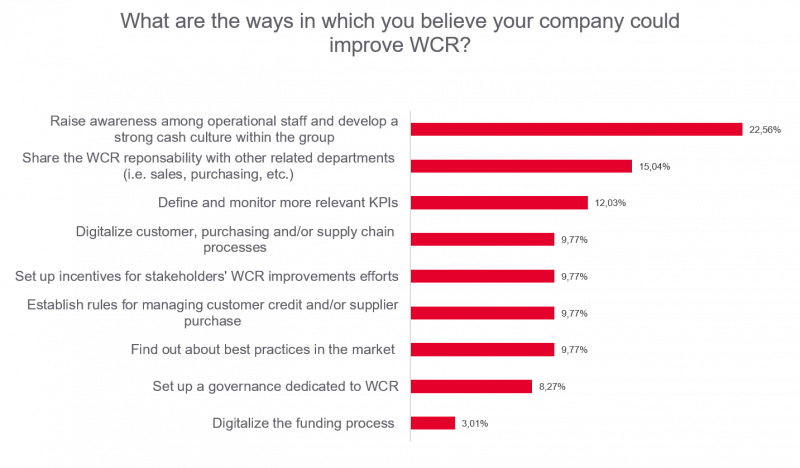 The first possible way of improving working capital practices identified by our respondents is to raise awareness among operational staff of the need to optimise cash flow. This reminds us that WCR is not just a subject for the finance department, but rather a cross-functional issue. The potential for optimisation lies both with the operational teams and better coordination between departments (such as sales, purchasing, accounting / invoicing and finance). 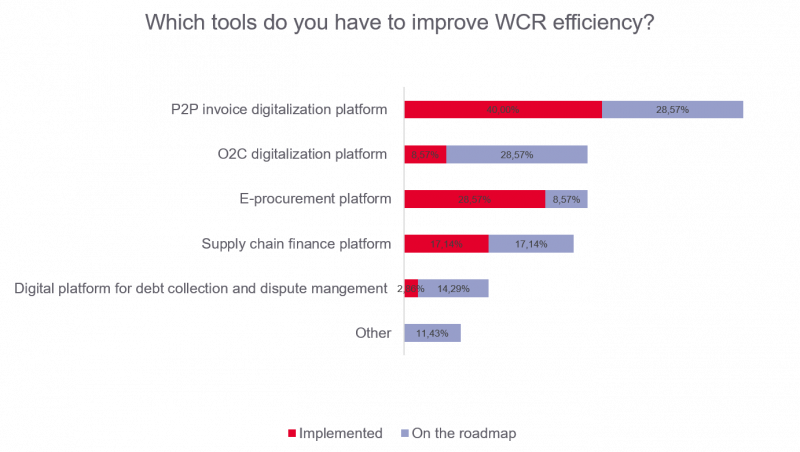 The survey reveals the progress companies have made when it comes to the digitalisation of processes for optimising working capital. Nearly a third of companies are planning to deploy a P2P (procure-to-pay) and O2C (order-to-cash) invoice digitalisation platform. In fact, these are the same respondents who indicated that they intend to deploy P2P and O2C digital tools.

On the purchasing side, a P2P platform improves the visibility of company spending and ensures compliance with the provisions on payment delays. The digitalisation of purchase invoices is a prerequisite for supply chain finance.

On the customer side, an O2C platform makes it possible to improve the speed of customer invoicing, the reliability of invoices and, ultimately, the time taken to pay customers. It’s important to note that one of the main reasons for non-payment of an invoice is an error that blocks acceptance of the invoice by the payer. This is why it is important to make the process more reliable and to issue the invoice early enough.